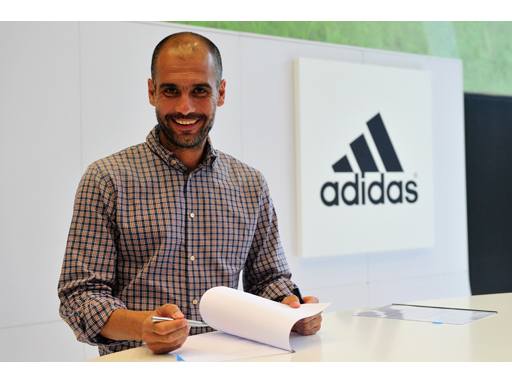 FC Bayern Munich manager Pep Guardiola has been officially announced today as an adidas ambassador. Formerly a cultured defensive midfielder for FC Barcelona and Spain, Guardiola is now undoubtedly one of the best managers in the game and over the course of his career he has become one of the most decorated names in football.

Upon signing with adidas, Pep Guardiola said: “It is with great pride that I have signed with adidas as one of their ambassadors. adidas have an amazing heritage but at the same time they are also proud to be at the cutting edge of football and these are two qualities that I really admire. I’m looking forward to fronting their forthcoming UEFA Champions League campaign and fans can look forward to a further announcement in the next few weeks.”

One thought on “Pep Guardiola Announced as adidas Ambassador”